We are a radical group reclaiming craft and using it as a vehicle to affect social change. 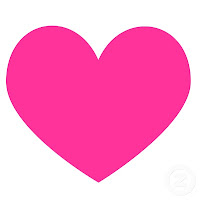 Our Evolving Kaupapa
The Wellington Craftivism Collective kaupapa, is to use our craft skills to build community and to give voice to our political concerns to wider society.
We are an open collective, and although drawing on third wave feminist theory we include all genders and sexualities. We also support all oppressed groups including our animal friends who are welcome to join and participate in collective activities.
We wish to also be respectful of each other’s differences, and support the specific needs of members so they feel able to participate, such as parents with children or people with particular accessibility or cultural needs.
We believe that by sharing time in our craft that this will help build a sense of community.
By each of us being responsible for their own behaviour, listening and caring for others, we hope that our community will grow and have an environment where we feel supported and safe, and can enjoy sharing our craft skills. 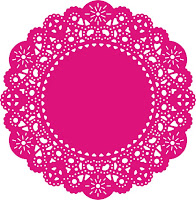 What is Craft?
A Dictionary Definition:
Noun- An activity involving skill in making things by hand 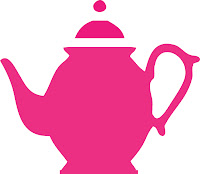 What is Craftivism?
“Craftivism is the practice of engaged creativity, especially regarding political or social causes. By using their creative energy to help make the world a better place, craftivists help bring about positive change via personalized activism. Craftivism allows practitioners to customize their particular skills to address particular causes.

Craftivism is an idea whose time has come. Given the states of materialism and mass production, the rise of feminism, and the time spanned from the Industrial Revolution, the beginning of the 21st century was the right time for the evolution of such an idea. Instead of being a number in a march or mass protest, craftivists apply their creativity toward making a difference one person at a time.”

“The do-it-yourself spirit was stifled in the area of wardrobe creativity, and post-9/11, a rising sense of hopelessness to change anything in the world was unleashed. Feminism was still heavily rooted in theory and strength, but enough time had spanned between the economic and social disparities between women and men in the 1970s that women began to look again at domesticity as something to be valued instead of ignored. Wanting to conquer both a drill and a knitting needle, there was a return to home economics tinged with a hint of irony as well as a fond embracement.

The term craftivism surfaced in the first few years of the 21st century and gained an online presence with the website Craftivism.com in 2003 to promote the symbiotic relationship between craft and activism. After craft skills such as knitting regained popularity, the idea emerged that instead of using solely one's voice to advocate political viewpoints, one could use their creativity.”

“In a world that was growing increasingly large and unfamiliar, craftivism fought to bring back the personal into our daily lives to replace some of the mass produced. In promoting the idea that people can use their own creativity to improve the world, craftivism allows those who wish to voice their opinions and support their causes the chance to do just that...but without chanting or banner waving and at their own pace.”

Our Wish List
As a non for profit venture (striving ultimately to be completely sustainable) we operate on donations of time, money and resources.
We are very excited that we are successfully building a resourceful network of creative individuals that are able to work together with an 'outside of the box' approach.
Below is a list of objects, resources and skills that we are currently needing as a group.
If you can help us to obtain any of these, we would love to hear from you!
-A marquee type tent structure for our market stalls
-Baking Ingredients
(vegan): Flour, Sugar, Fruit, Rice Krispies or Cornflakes, honey, Veg Oil, Baking Powder, Cocoa Powder, fruit, vinegar (yes for baking!)etc....
-Cupcake paper cases
-Scraps of fabrics (the prettier the better!)
-Wool Yarn
-Masking Tape
-Cross stitch Aida Cloth fabric
- An eyelet puncher and eyelets
-Cable Ties
-Coloured Paper (for Zines)
-Fabric Paint

We are a radical group reclaiming Craft and using it
as a vehicle to affect political and social change.
Stitchers, Knitters, Sewers, Crafty Makers and Bakers unite and share interests in 3rd wave Feminism, Environmentalism, Sustainability, Anti-Consumerism and Anti-Capitalism.