It has been suggested that we do a craftivist response to the brutal treatment of Emmy a protester at the Auckland Pride Parade, they were protesting, the fact police were forming part of the parade, despite the still problematic treatment of Police and Corrections Department in the treatment of transgender community, http://www.therealstevegray.com/…/corporate-pride-parade-a…/ 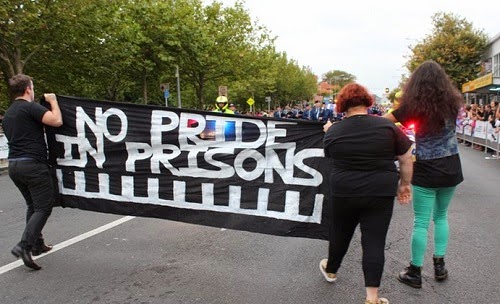 Emmy was targeted for special treatment by a security guard who broke Emmys arm and was aggregated by police not giving her immediate medical assistance and cuffing Emmy, despite Emmy screaming out in pain.  Emmy later had to have surgery on their arm and this has caused Emmy significant financial hardship as she is no longer able to work.  There is a online place to donate for Emmy, to cover legal and medical costs, http://givealittle.co.nz/cause/fundsforemmy

Here our patches for Emmy's sling, a friend of Emmy's told us Emmy own personal style, which includes, aliens, cthulu, xenomorphs and pentagrams.  So we  have been busy making patches with these themes to show Emmy our love and solidarity. 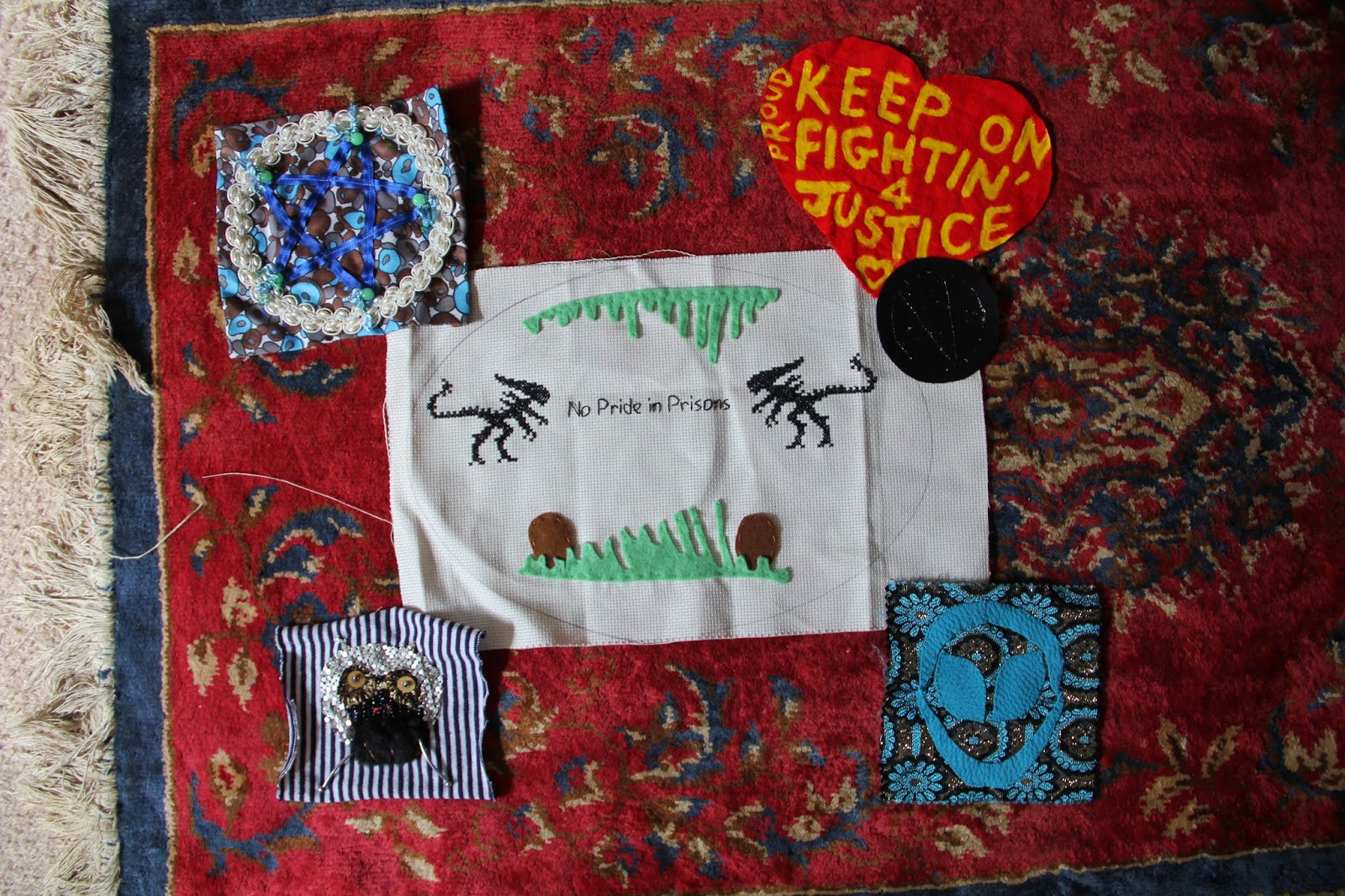 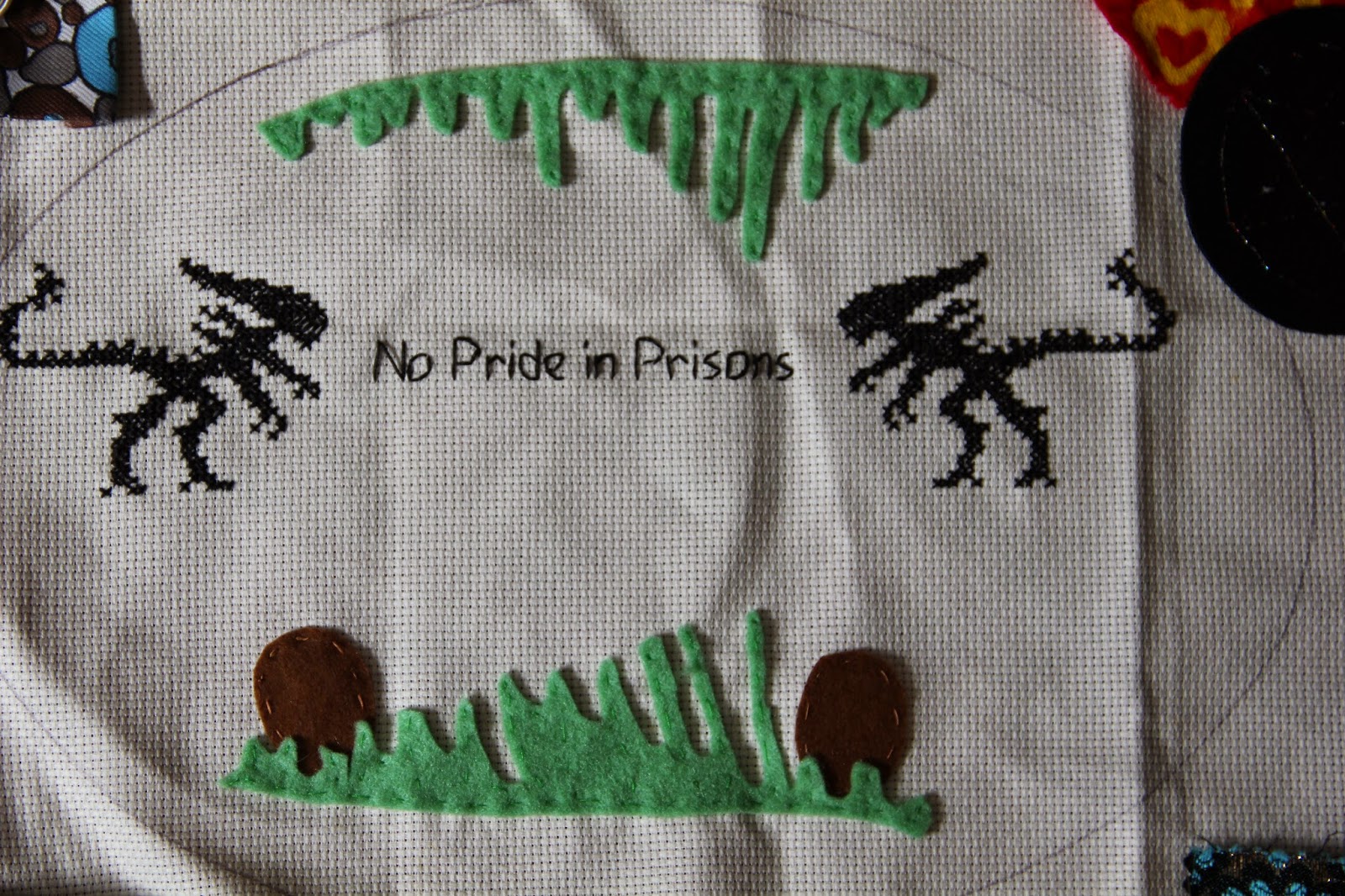 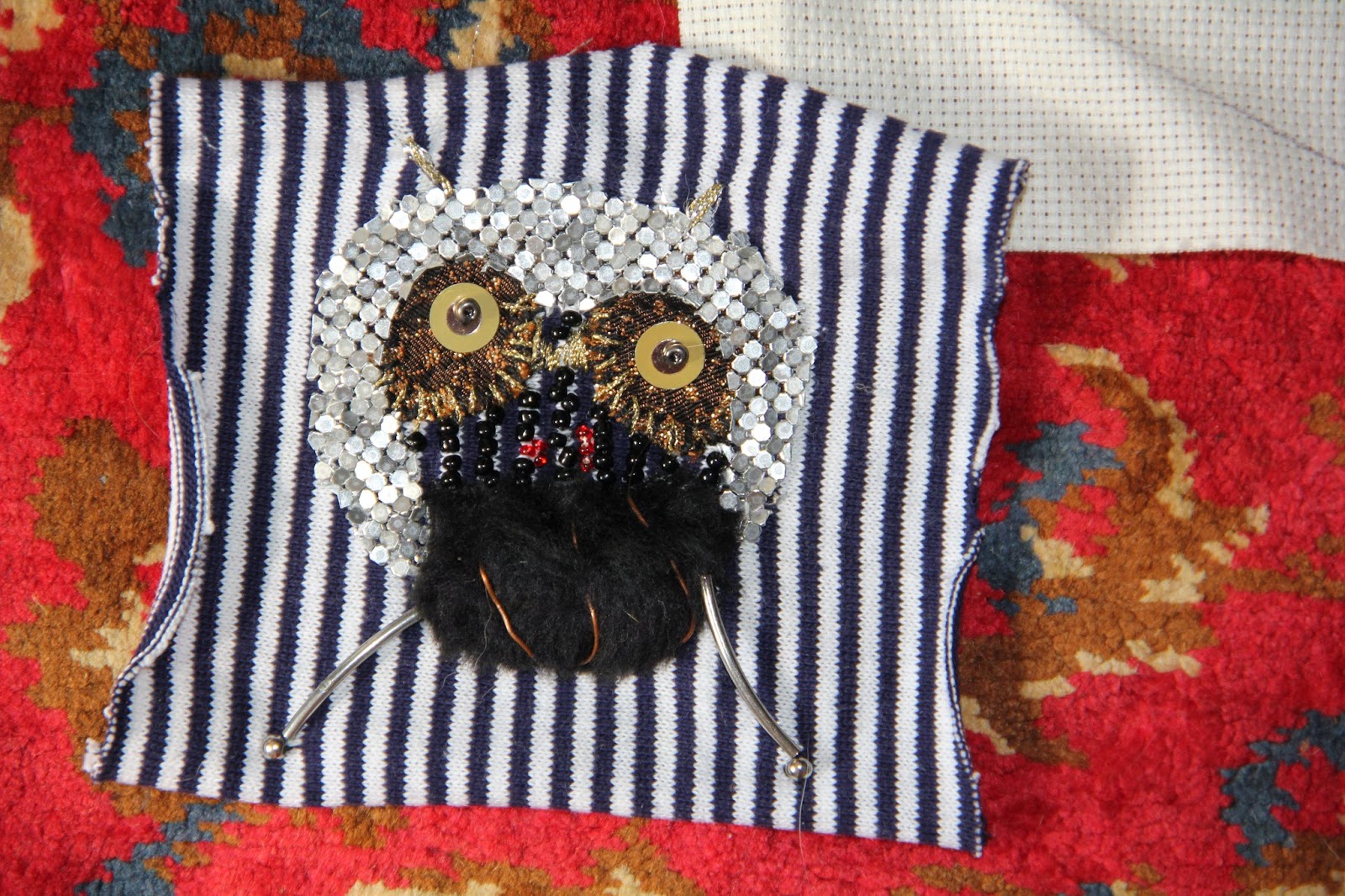 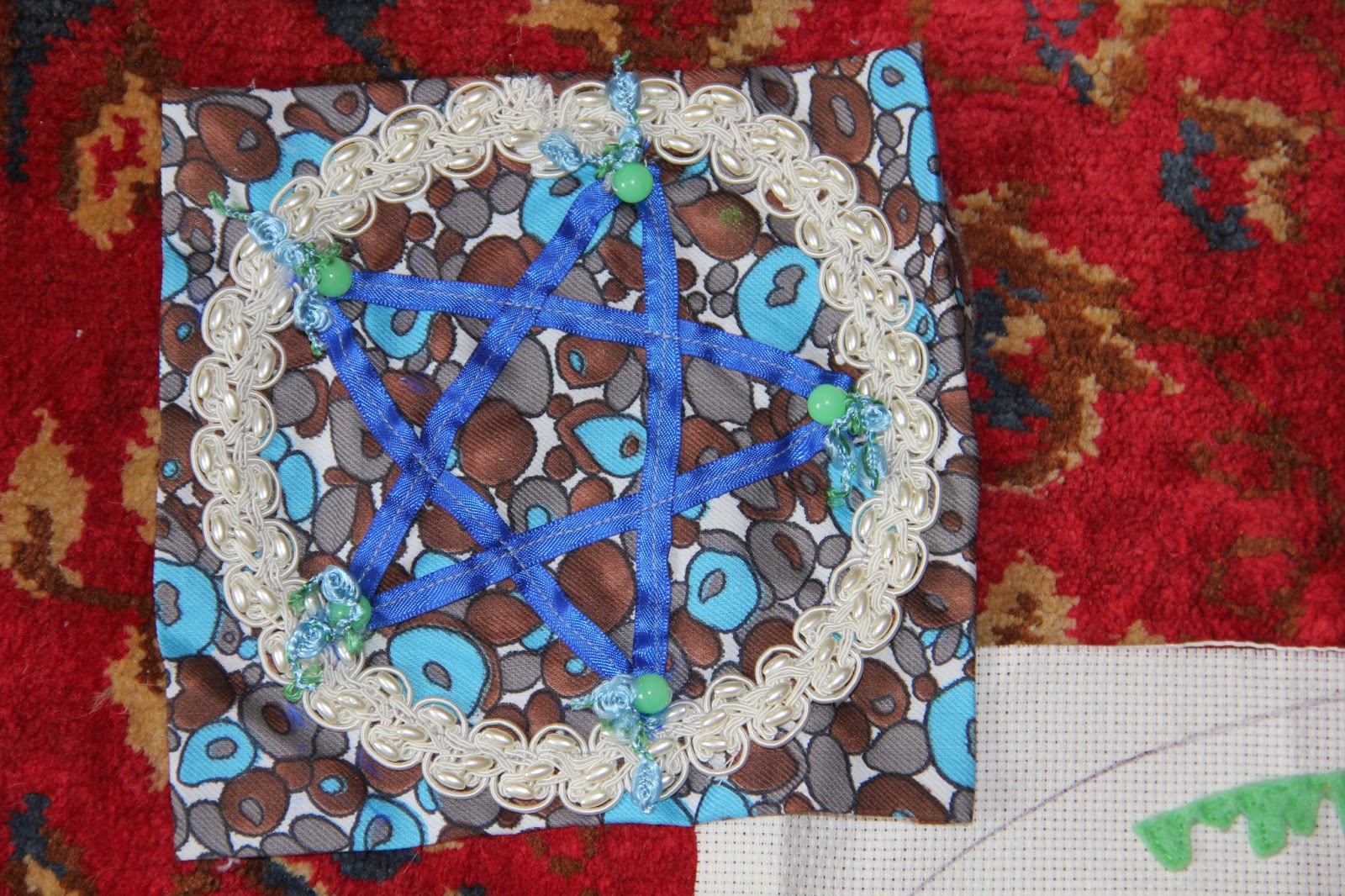 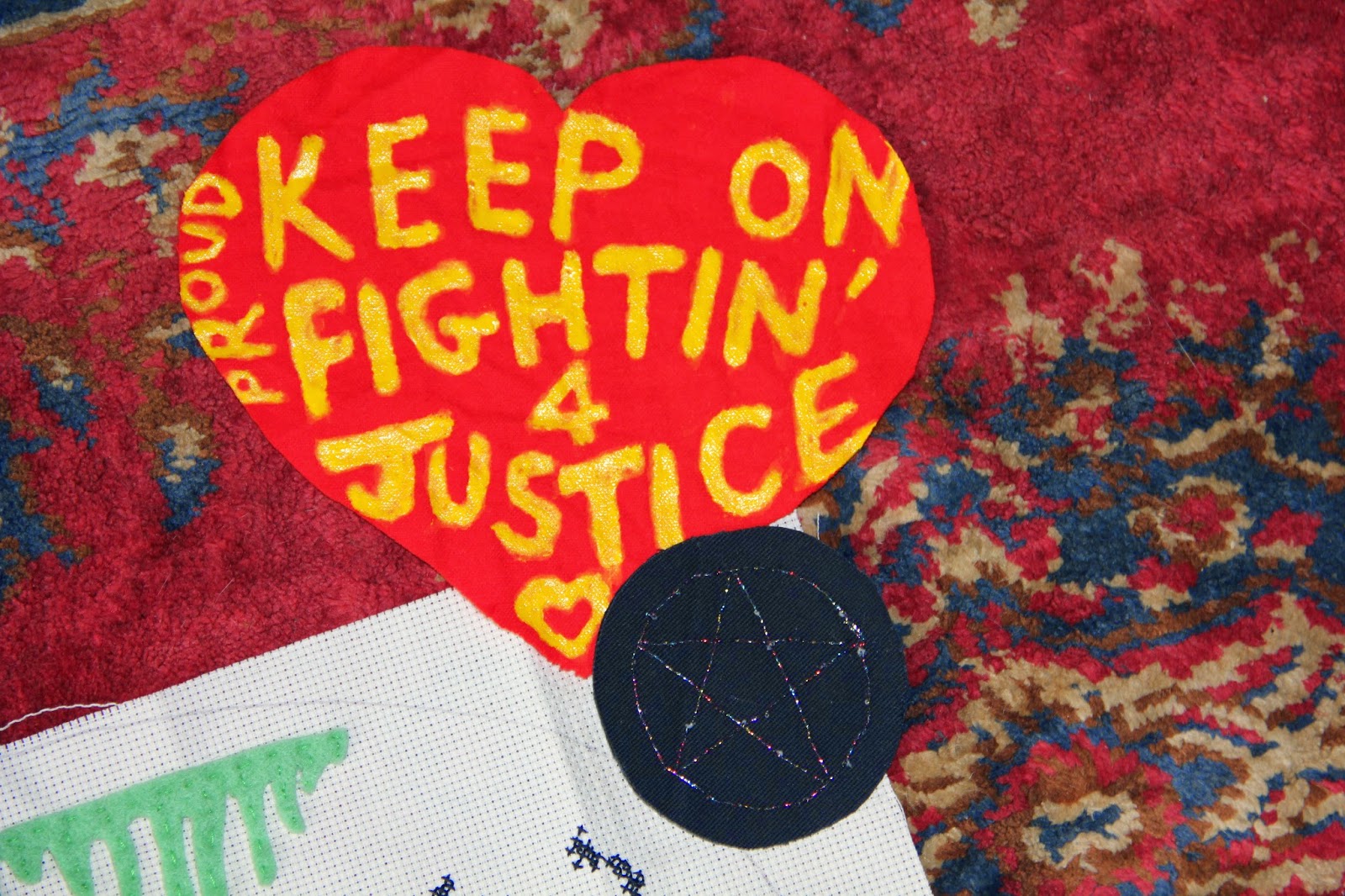 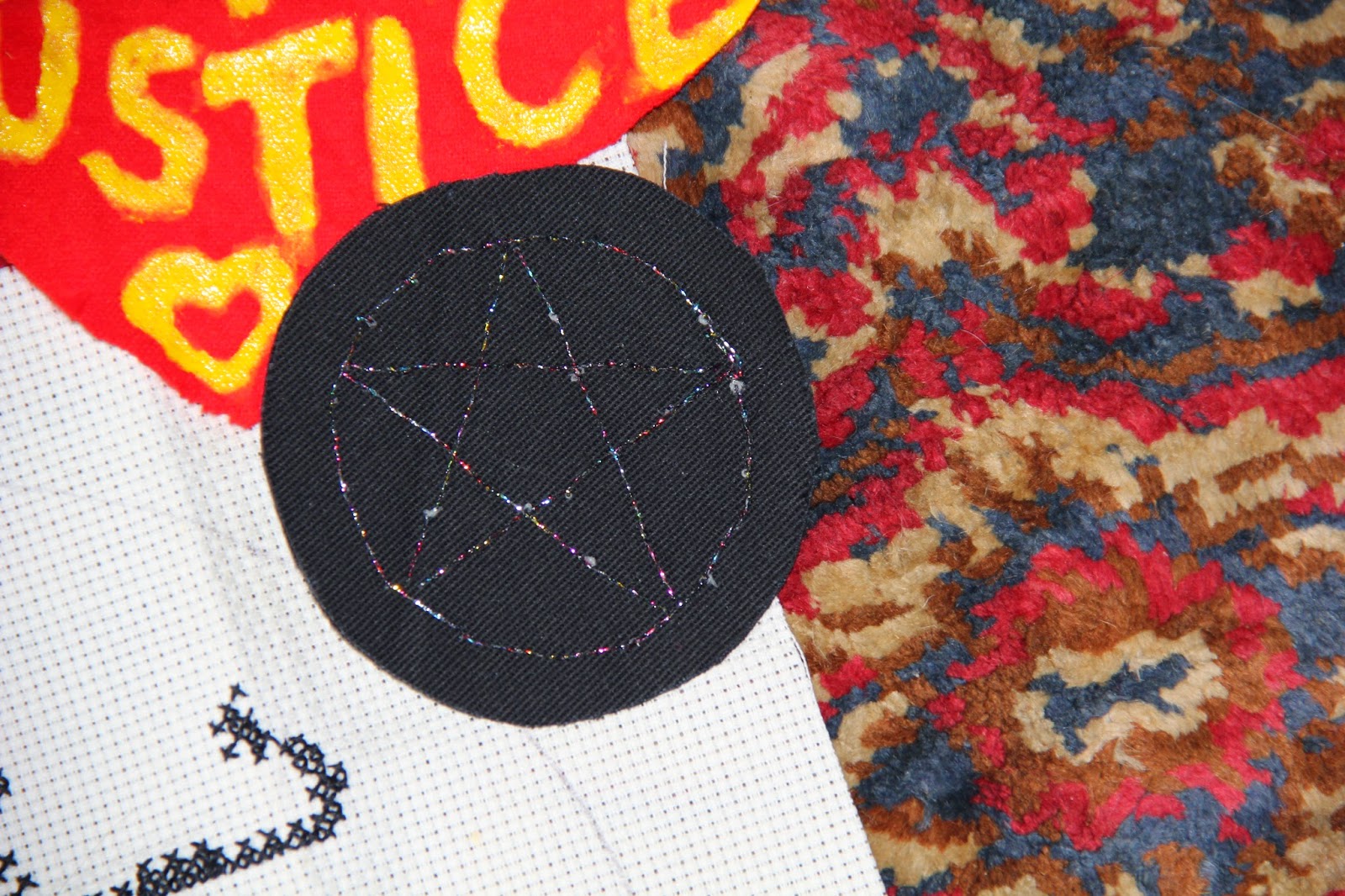 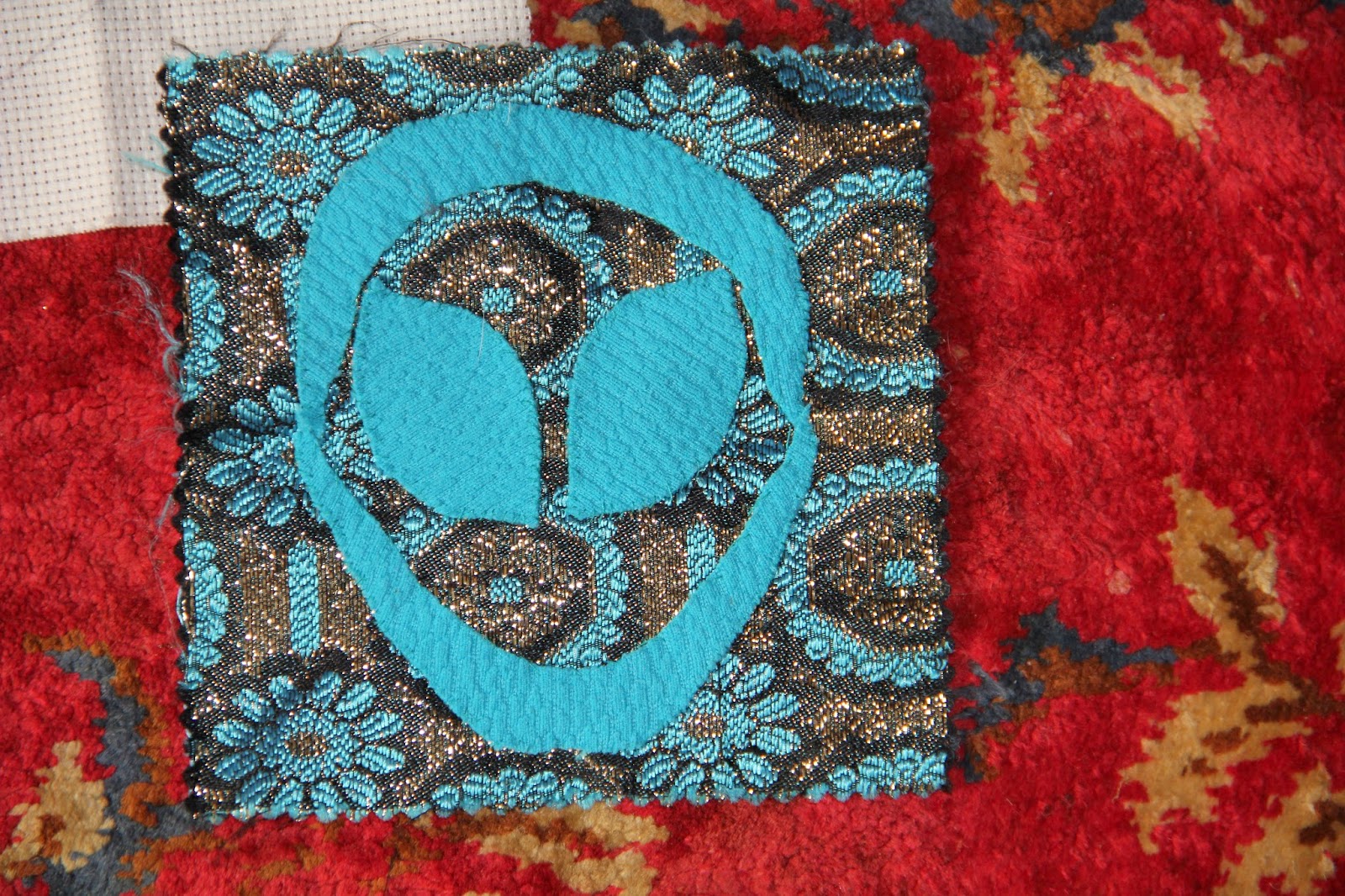 Posted by Wellington Craftivism Collective at 16:44

We are a radical group reclaiming Craft and using it
as a vehicle to affect political and social change.
Stitchers, Knitters, Sewers, Crafty Makers and Bakers unite and share interests in 3rd wave Feminism, Environmentalism, Sustainability, Anti-Consumerism and Anti-Capitalism.